What are CSS Preprocessors?

What are CSS Preprocessors? 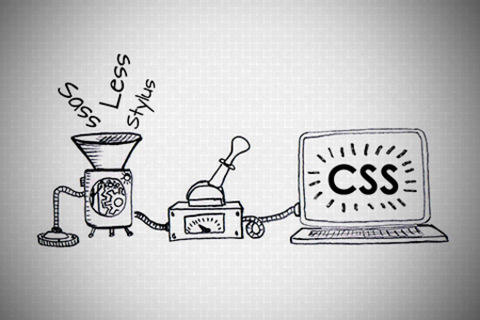 Having prior mastery over CSS, it probably becomes easy to use its preprocessors, namely – Sass, Less & Stylus.

Let’s segregrate our learning of CSS Preprocessors into the following:

What is Css? Refering to Cascading style sheets, describes how Html elements should be displayed on all screen devices.

All in all, Css describes layouts, positioning, width, height and alignment of webpages. It saves lot of work with its ability to write once and run anywhere. For more on Css, check out my previous post –

Now, let’s get down to What are Css preprocessors? It is a scripting language which extends Css and then compiles down it to regular Css.

Using Css became quite complex and repetitive for accomplishing little tasks such as closing tags, so, that is where css preprocessors comes into picture. As developer wanted more options when writing their styles, so, they built preprocessors for adding programming functionality.

– While working in a team…

– And, too much of everything is a con (nesting, mixing)

Sass is Ruby based Css extension. For running Sass, you need to have ruby installed. You can install sass with this command – sudo gem install sass.

Once sass is installed, you can run it with the command sass input.scss output.css from your terminal.

Let’s understand ‘Sass’ by taking instances of variables,nesting and loops.

Since Less is written in Javascript, so, you will need NodeJS to run it. Install Less using npm install -g less on Linux/Mac and use lessc styles.less styles.css to compile it to Css.

On windows, you first need to install Node.Js installer followed by: