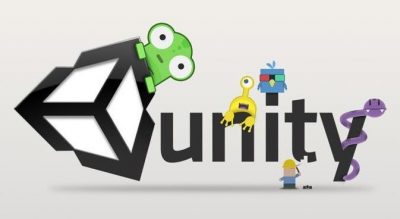 Because it is more than a Game Engine developed by Unity Technologies, a Gaming company based in Japan! Japan is an island nation which is located in the hemispherical distance from Florida, U.S.

In dictionary terms, Unity refers to the union, integration, togetherness, oneness, and so on. The essence is same even if we talk about Unity development in terms of computing. Unity’s integrated services help to make the games with ease, speed up the game development process, optimise games, and achieve the desired success.

“ Alone it can do a bit, but on integration with multiple platforms and services it can do much more. ”

Unity Game engine is the tool used by game designers for creating 2D or 3D games with ease and simplicity. Now, they don’t need to code their game from ground up!

If you are new to Unity, let’s look at few things that will help you get started. Different game engines serve the same purpose differently. Unity is a cross-platform game engine built on C, C++, C#, Mono, UnityScript, Boo, Cg, HLSL programming paradigms. Five main versions of Unity have been released till date, version 5.4.1 being the latest.

People all over the world use this powerful engine to create interactive gaming experience in 2D and 3D. Unity targets 3D games for multiplatform support including PC, video game console, websites, and mobile devices. Unity Editor is the one where you will be doing most of your work from adding objects in your scene to prepending built-in scripts components. Using play controls you can save, test, and iterate your work as quickly as possible.

Unity was thus, started with the goal of making game development widely accessible. Since then, Unity games has met with great praises and awards for being the top Game Engine. It provides a better tool for people who can know how to create it, not just consume it…